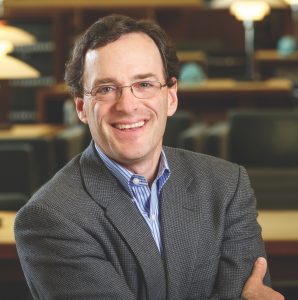 Ted Mermin is the co-founder and Executive Director of the Public Good Law Center. For the past decade he has assisted local, state and federal agencies in the development and defense of innovative policies in public health and consumer law; has litigated consumer rights and public health cases in appellate and trial courts around the nation, including in the United States Supreme Court; and has written and spoken extensively on issues of free speech, preemption, tobacco control, marketing to children, deceptive advertising, and unfair competition.

Ted teaches Consumer Protection Law at the UC Berkeley School of Law, where he also coordinates the Consumer Law Program. He is pro bono counsel to the Consumer Justice Clinic at the East Bay Community Law Center, and recipient of the Center’s inaugural Guardian of Justice award. Ted additionally serves as convenor of the California Low-Income Consumer Coalition, a partnership dedicated to furthering the rights of vulnerable consumers through state and local policy advocacy.

Before founding Public Good, Ted served for eight years as a Deputy Attorney General in the California Department of Justice, where he brought consumer cases against abusive loan companies, rental car outfits and telecom providers. He handled the first case to rein in the practices of a predatory lender with more than 3000 outlets nationwide, and wrote a law that led the way to successful prosecutions of “immigration consultants” who routinely took thousands of dollars from refugees seeking asylum, while providing nothing in return. Before going to work for the Attorney General, Ted litigated in private practice, where his work included pro bono representation of victims of racial discrimination in retail sales, and served as a law clerk for the Hon. Louis H. Pollak. He holds degrees from UC Berkeley (J.D.) and Yale (B.A.). 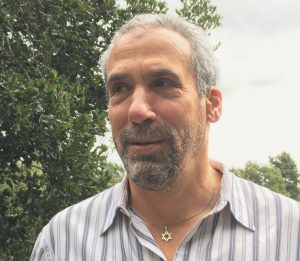 Tom Bennigson is the Legal Director and co-founder of Public Good. He entered the practice of law after an earlier academic career in philosophy. Specializing in First Amendment law, with a focus on the law of commercial speech, Tom has authored amicus curiae briefs in the U.S. Supreme Court, the California Supreme Court, and federal courts of appeals on behalf of local governments, public health and consumer protection advocacy organizations, legal services providers, and political candidates, on topics including freedom of speech, consumer protection against misleading advertising and unfair debt collection and reporting practices, mandated health disclosures, campaign finance, corporate liability, preemption, and criminal defense. He has also published articles in scholarly journals on topics ranging from commercial speech under the First Amendment to moral relativism, as well as delivering numerous presentations to refereed national academic gatherings.

In addition to serving as Legal Director of Public Good, Tom is President of the Tikva Grassroots Empowerment Fund, and leads trips to Zambia to see wildlife, and learn about African wildlife conservation and its impacts on indigenous people and about innovative non-profit initiatives in rural and urban communities. You can find out more about Tom’s safari trips at OpenHeartSafari.com.

Tom received his J.D. from the U.C. Berkeley School of Law (Boalt Hall) (Order of the Coif), his Ph.D. in philosophy from Cornell University, and his B.A. from Amherst College (Phi Beta Kappa).